Dedicated to the FUJIFILM X-H2S mirrorless camera, the FT-XH File Transmitter Grip vastly improves the networking capabilities of the camera. It has fast Wi-Fi connectivity, with speeds up to 600 Mb/s, along with wired LAN connectivity for in-studio tethered shooting.

The file transmitter also brings the usual benefits of a battery grip, such as shooting in the vertical orientation and being able to accept two additional NP-W235 rechargeable lithium-ion batteries to increase shooting capacity. In terms of its physical design, the extended shape incorporates a secondary shutter release button as well as a focus lever, AE-L button, AF-ON button, front and rear command dials, and Q button to mimic the camera's own layout for intuitive handling.

Remote recording by wired LAN or wireless LAN; capable of controlling up to four X-H2S cameras from a browser at the same time 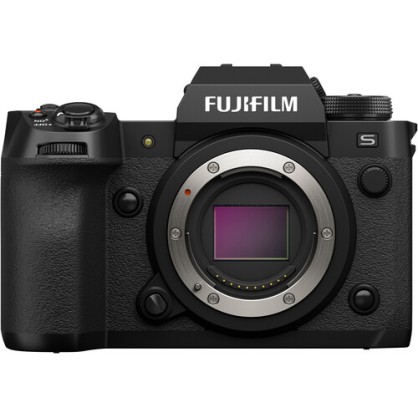